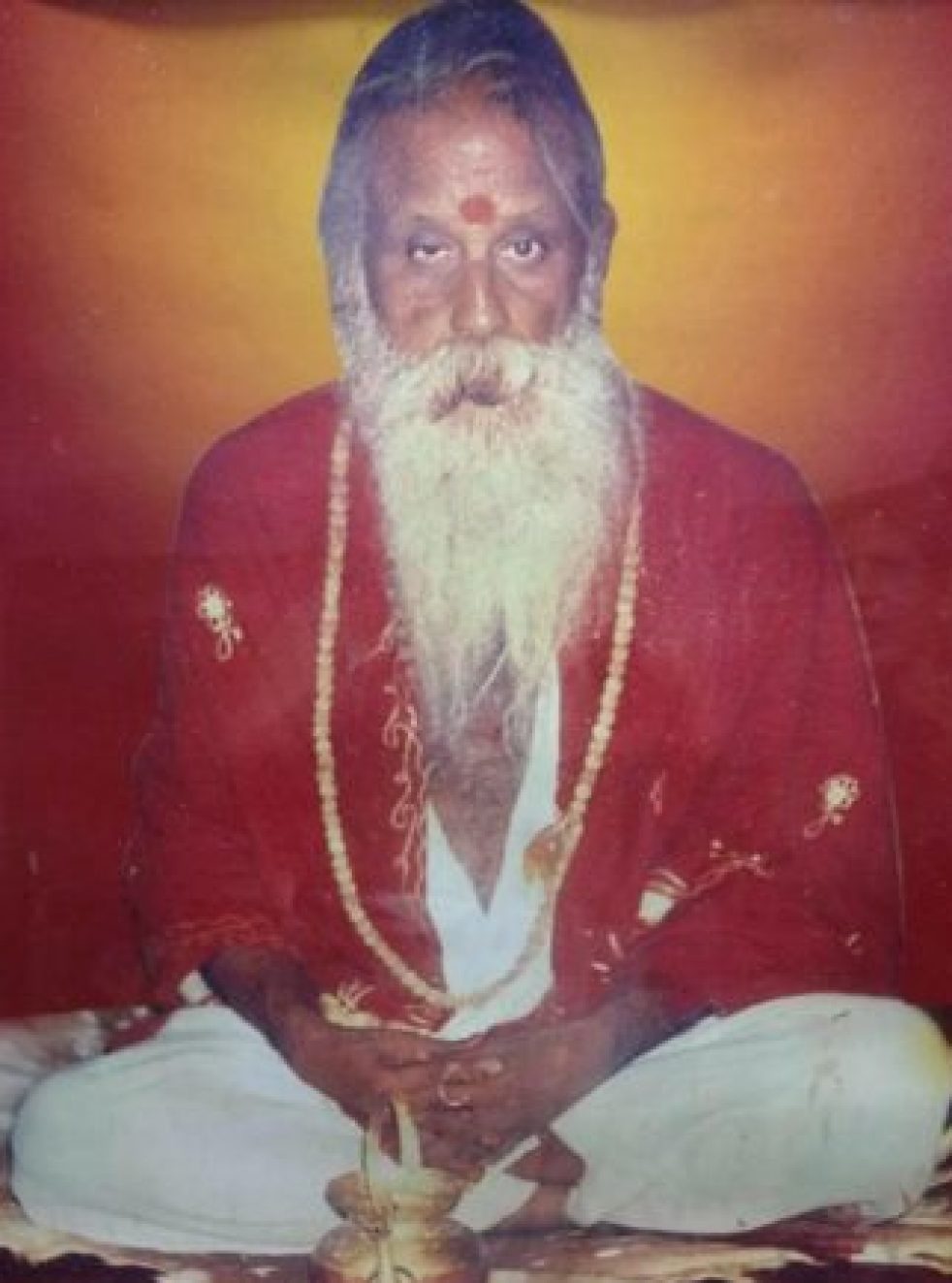 na cha prana sangyo – Prana is the Mula-Prakriti or Maya. . Hence, by saying that Atman is different from Mula-Prakriti, it is saying that Atman is distinct from the Karana Sharira/Casual body. The breath is the cord which ties the soul to the body and it is this cord of breath alone which releases a soul from the body at the time of death. But I, the soul is not the breath.

na vai pancha vayuhu – I am not even the five vital airs. Five vital airs are Prana, Apana, Vyana, Udana and Samana.
Prana vayu is the solar or fire energy, It is the flame that flows upward and out. It can specifically be placed in the upper part of the body in the thoracic region. It is responsible for the processes of respiration. It governs speech and the vocal apparatus as well as the respiratory system and the muscles associated with it. This air current gives us the capabilities to absorb sensations, feelings, emotions, and controls manas, the common mind and emotions. The other vayus, even apana derive their energy from this Prana.

Apana vayu is the lunar cool energy, which protects the body from the outside. Associated with gravity, it is linked to cool water that flows downward. However it can be specifically located operating in the lower abdominal region, below the navel and is responsible for elimination through the reproductive and excretory organs, such as the kidneys, colon, rectum, bladder and genitals.

Vyana vayu pervades the whole body and is the power of movement. Vyana governs the relaxation and contraction of all muscles, voluntary and involuntary, as well as the movement of the joints and structures around them in the physical body. That is the reason Ayurveda tells that the joint pain is due to Vayu. Most of us have experienced that the sprain and the pain is reduced by deep breathing several times.

Udana vayu rules the region of the body above the larynx and governs the use of our special inner sense of intuition and is associated with the upward movement of the kundalini or ascending air in the subtle body.Buddhi, or reason, is controlled by this vayu. Udana can be found functioning in the sushumna. It is udana which dissolves prana and apana, stopping their outer and inner flow, in order to bring them together in the middle current, the sushumna, resulting in either samadhi or death.

Samana Vayu is located in the middle region of the body; it facilitates the assimilation of prana and food and has balancing and equalizing effect on prana and apana. It aids in digestion and balance on all levels, physical, mental and emotional. On the physical level, it dwells in the navel, but within the subtle body in the manipura chakra. It is vital energy of the navel where our energy is centered. It increases the digestive fire. The navel is often said to be the main pranic center in which all the pranas are linked together.

Sri Shankara Bhagavatpadaru has not mentioned another 5 sub vayus because they are controlled by these prana, apaana, vyaana, udaana and samaana vayus. In addition to these five, pancha prana there are five supporting, upapranas, which manifest as physiological functions of nerves and automatic responses such as belching (naga); blinking and allows for vision (kurma); sneezing, coughing, hunger & thirst (krkura); yawning (devadatta);

Sleeping, producing phlegm, circulation of blood particularly in the heart and decomposition after death (dhananjaya). Dhananjaya permeates the whole body, never leaving it. Tirumular discusses the importance of keeping dhananjaya in balance throughout the body to keep it functioning properly.

Though it is not relevant here to speak more about Dhananjaya Vayu, I consider it an opportunity for us to know little more about Dhananjaya Vayu which remains in the body even after death till the body is decomposed. One of the Siddhar Sri Tirumular is said to have written more about Dhananjaya vayu but I could not find it and more so it may be available in Tamil script. We have heard of the rarest of the rarest incidents of the dead person after some time getting back to the life. These are the rarest possibilities of Dhananjaya vayu getting extraordinarily activated and thus restoring the circulation of the blood in the heart. We in India have many communities where the dead body is cremated, but the sanyasins and peethadhipatis in the same community after death are not cremated but a Brindavan is built. This may be because of the belief that those enlightened masters have also left Dhananjaya Vayu along with other Pranas so that the body will not be decomposed. This is a subject for learned scholars to think over. Similarly, religious ritual called Kriya samadhi is performed to those who have a special kind of deeksha among Veerashiavas and also for saints and Peethadhipathis. This also may be a dharmic process to see that Dhananjaya prana is left the body. The learned scholars have to through light on this so that Dhananjaya Vayu is better understood.

Dhananjaya is a common name for Geetaacharya Sri Krishna and Arjuna. This also paves the way for scholars to do some research on Dhananjaya Vayu.

na va sapta dhatur – I am not even the Seven-fold material. सप्तधातु:- represents the seven type of materials that make up the gross body/Stula Sharira. They are Rasa/lymph or plasma, Rakta/blood, Mamsa/flesh, Meda/fat, Asthi/Bone, Majja/Marrow and Sukra/Semen. These seven Dhatus make up the Gross body/Stula Sharira of a Jiva. Here, Adi Shankaracharya is saying that, Atman is different than the Gross Body.

Annamaya Kosha is the limitation placed on an individual in the form of gross existence/gross body. Anna denotes gross matter in general and food in particular. Hence, a Jiva in a gross body/Stula Sharira is ever dependent on gross external food for survival and is limited by the gross Universe. He is always subjected to birth, death, ill health, disabilities etc.

Pranamaya Kosha is made up of Pancha Vayus and the Karmendriyas. Sri Bhagavan Shankara has previously made it clear that pancha Vayu and Karmendiyas are not I the Atma and naturally Pranamaya Kosha made of these two also is not the I the Atma.

The Manomaya Kosha is made up of Manas and the Jnanendriyas. The Vigyanamaya Kosha is made up of Buddhi and the Jnanendriyas. There together represent the Subtle body/Sukshma Sharira. And a Jiva in the Pranamaya or Manomaya Kosha is subjected to limitations placed by subtle existence like fear, sorrow, illness, limited powers etc. Manas, Buddhi, jnenedriyas like vak etc, also are not I the Atma and hence the Koshas made of these manas,buddhi and jnanendriyas also not I the Atma.

Jiva in Vigyanamaya Kosha though free from limitations of gross and subtle existence like hot and cold, sorrow and fear etc he is still limited by his attachment to his subtle existence in the sense that he cannot transcend it.

Anandamaya Kosha represents Mula-Prakriti or the Karana Sharira, the store house of all Karmas. Even, here an Individual is limited by his Karana Sharira/casual body. Hence, the verse is saying that Atman is different from and is devoid of these five sheaths that cause bondage.

Atman is neither the 3 bodies nor five koshas.

View all posts by atmanandanatha 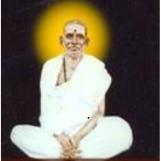